Of Swamps, Normalcy and Transnationality 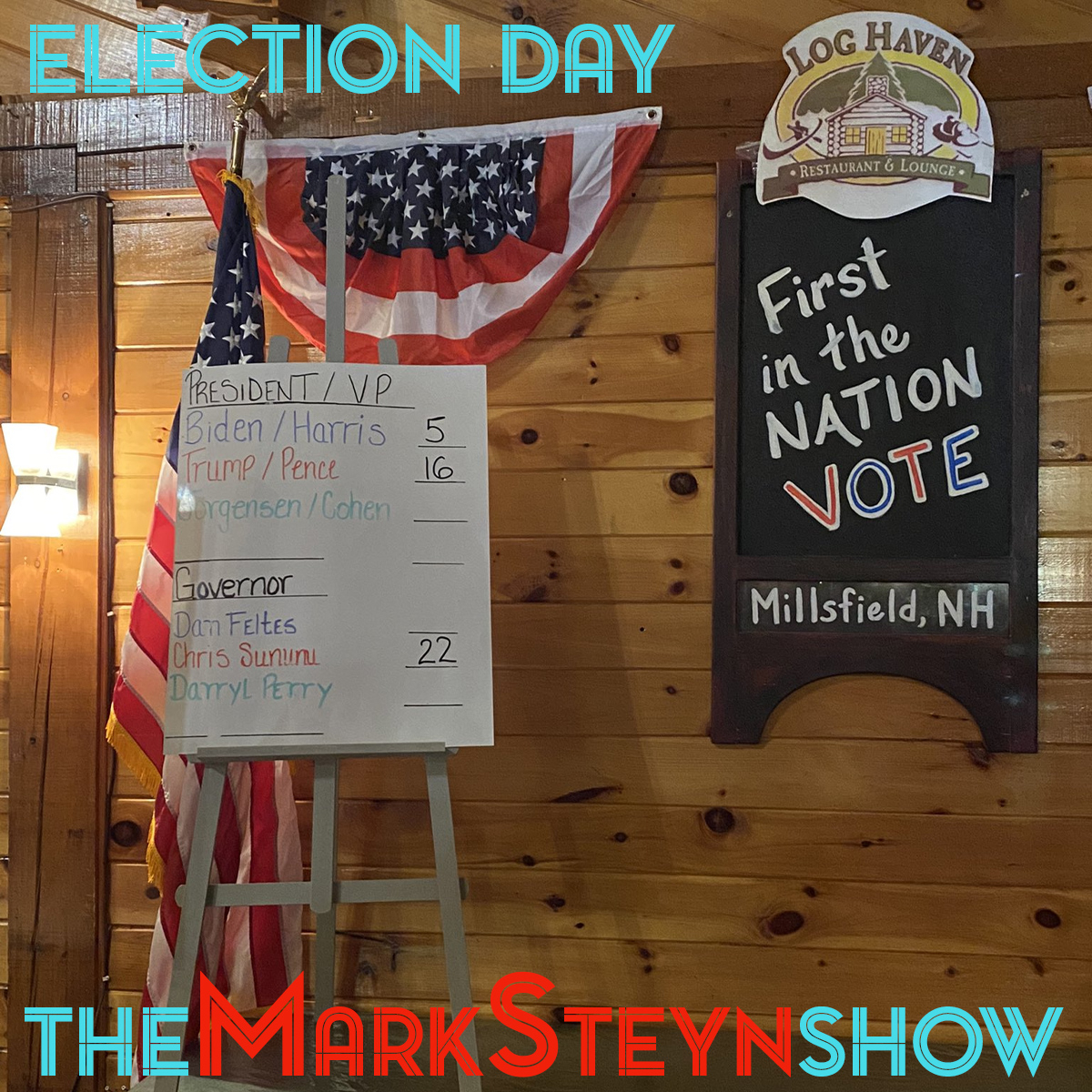 Welcome to the Election Day edition of The Mark Steyn Show. Mark brings you live-ish results from New Hampshire, which is all we'll be getting until this evening. So to see you through the doldrums of tedious reports about voter turnout and the strategic leaking of fake exit polls in mid-afternoon, he's retooled some of the show's regular features, including his Poem of the Week, Song of the Week, Last Call and 100 Years Ago Show, to cover many aspects of America's Election Day through the years, from Warren Harding's spectacular GOP landslide and its rejection of proto-globalism to the original undrained DC swamp - plus a salute to Calvin Coolidge's vice-president from Van Morrison and Engelbert Humperdinck. Click above to listen.

In case you missed it, this was Mark's final pre-Election Day telly appearance, with Ainsley Earhardt on Monday's "Fox & Friends". Among other things, he suggested that the vital status accorded to Pennsylvania had more to do with Joe Biden's aversion to campaigning. Click below to watch:

The Mark Steyn Show is made with the support of members of The Mark Steyn Club. If you prefer to read your radio shows, Steyn Club members can find the transcripts here. For those members interested in using their personal podcast players to listen to our Mark Steyn Shows or our series of audio adventures Tales for our Time, we have an RSS feed here (and instructions here).

When the polls close beyond Dixville and Millsfield, Mark will be back for live election analysis.