Of Pipes and Peaks 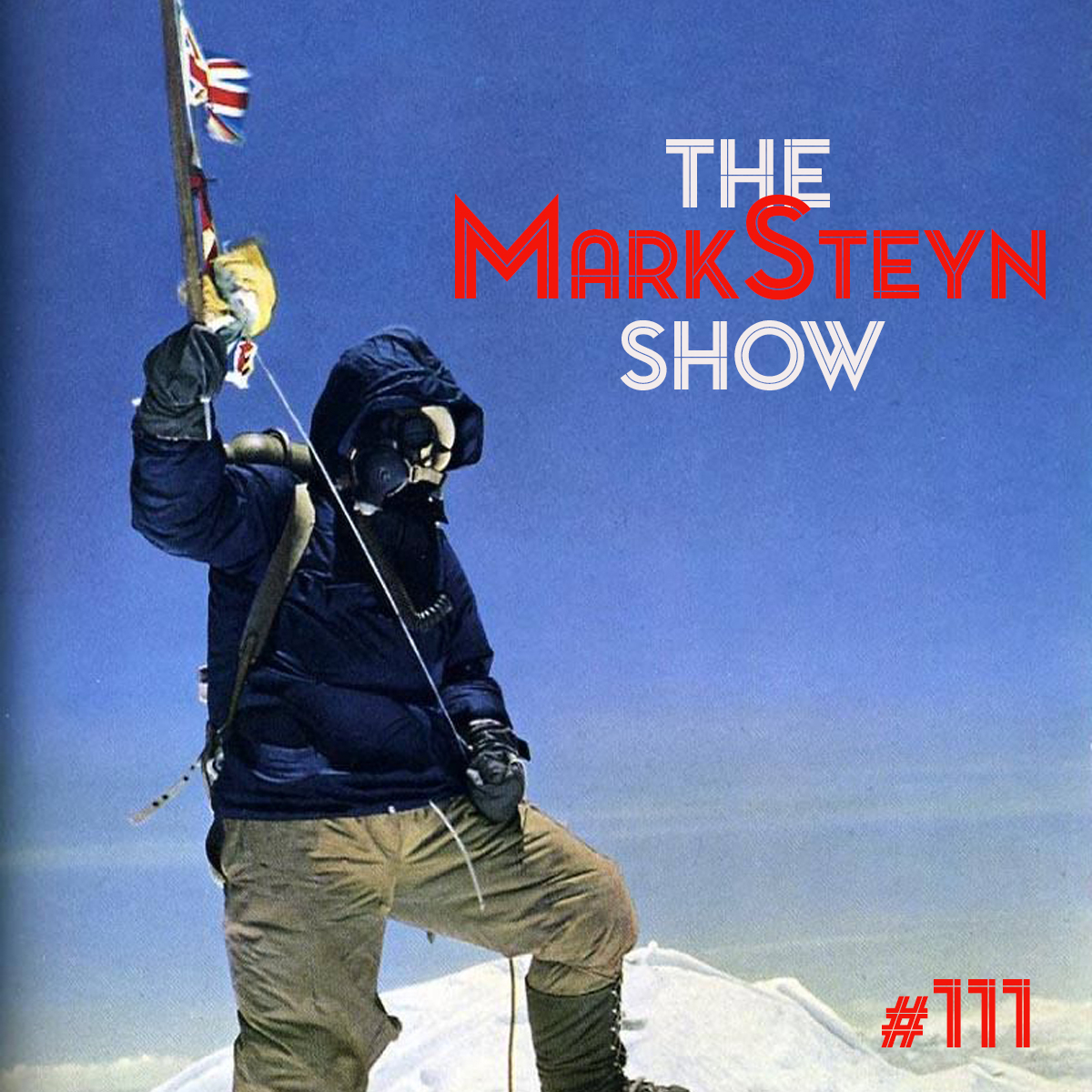 Welcome to Wednesday's edition of The Mark Steyn Show, which covers the scene from kaput pipelines in America to kaput pipelines of an entirely different kind. Plus: China comes up with the ultimate in social distancing. There's also another episode of The Hundred Years Ago Show, and Mark has a fail-safe way to perk yourself up every morning.

If today's show isn't enough for you, Steyn also makes a brief appearance in Premiere Radio's new series celebrating the life of the great Rush Limbaugh and hosted by our friend, James Golden, better known to tens of millions of Americans as the EIB Network's one and only Mr Snerdley. James will be joining Mark, Conrad Black, Michele Bachmann and more on this autumn's Mark Steyn Cruise. If you're minded to join us, don't leave it too late: Accommodations are going fast, and thanks to Chairman Xi the ship will be at only sixty per cent capacity.

As Mark mentions on today's show, we're celebrating the fourth anniversary of The Mark Steyn Club. We are so grateful to all those First Week Founding Members who've decided to re-up for a fifth year, but we also treasure our brand new members, one of whom makes an appearance on Mark's Mailbox. Among others joining us in this birthday month is a new Californian Clubber, Brian Williams:

So glad that I finally have a chance to join. Please keep the fine content coming! Thank you for all of your hard work and sharing your talent.

Thank you, Brian - although Mark is never sure, with respect to the last, whether there's that much to share. If you're also a Mark Steyn Club member and you'd like to submit a question for Mark to address on his next show, please leave it in the comments below. Do stay on topic - and no URLS, please, as they wreak havoc with our page formatting.

For Steyn Club members interested in using their personal podcast players to listen to The Mark Steyn Show or Tales for Our Time, we have an RSS feed here (and instructions here).

If you prefer to read your radio shows, Steyn Club members can find the transcripts here.

If you're just catching on to these audio diversions, we've done what we did with Mark's video shows and archived them in a Netflix-style tile format that makes it easy to catch up with ones you've missed. You'll find the audio Steyn Show home page here.

The Mark Steyn Show and Tales for Our Time are special productions for The Mark Steyn Club. As Mark always says, even on our anniversary, Club membership isn't for everyone, but if you're interested you can find more information here.