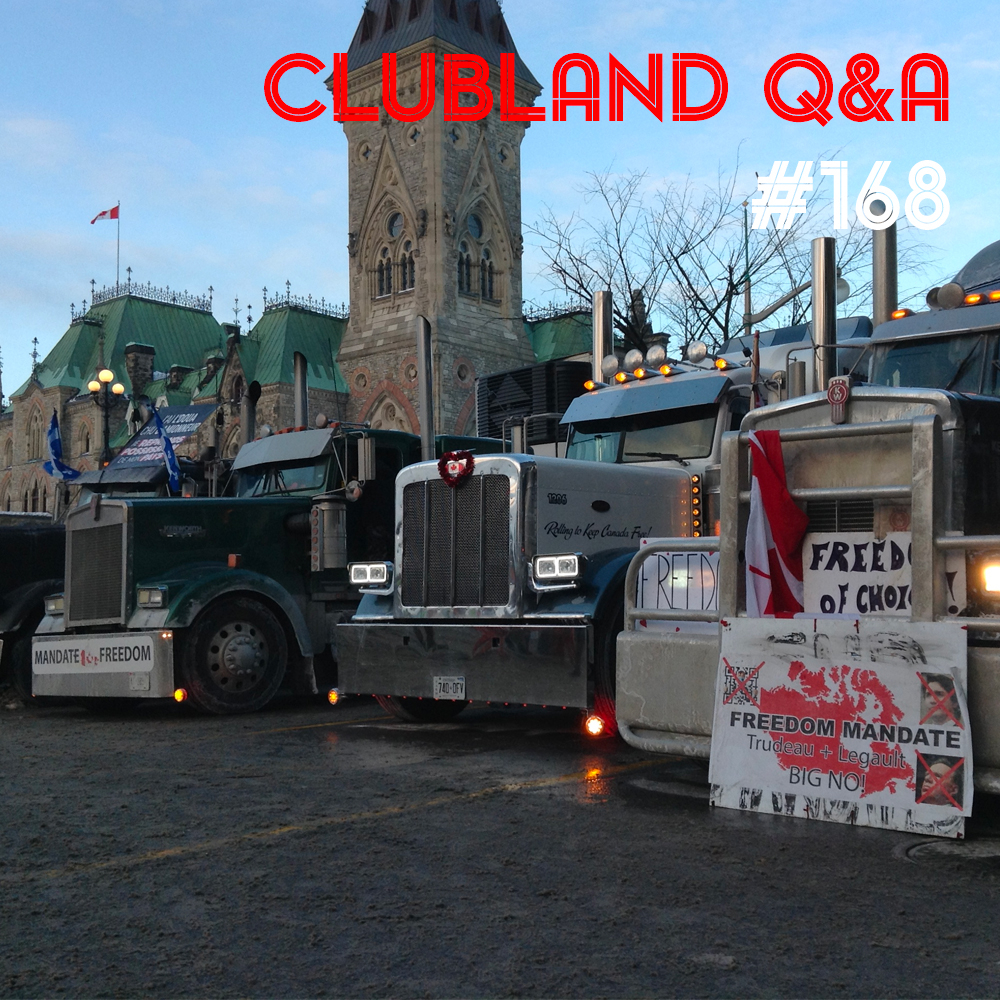 Programming note: On Sunday, Mark will host the radio version of Steyn's Song of the Week on Serenade Radio at 5.30pm British Summer Time/12.30pm Eastern. You can listen from almost anywhere on earth by clicking in the top right-hand corner here. On Monday, he'll be back with video edition of The Mark Steyn Show on GB News.

Today we had another live Clubland Q&A, guest hosted by Mark's Canadian compatriot Andrew Lawton, who's holed up in Albania avoiding a terror threat. Even so, it's a more pleasant fate than what Justin Trudeau and Her Majesty's Canadian government have in store for those behind the trucker convoy from earlier this year, as was discussed during the broadcast. Andrew took questions from Mark Steyn Club members around the world about a range of topics, from his book about the Freedom Convoy (which has managed to be a #1 bestseller despite being banned from bookstore shelves and subject to a media blackout) to the bland leadership candidates available to United Kingdom Tories to our future of cricket sandwiches and electric cars.

We apologize for the audio quality, which we're working on a way to blame on Klaus Schwab or Justin Trudeau.

You don't have to be a Mark Steyn Club member to listen to the show, so please click away. But we do thank Steyn Clubbers for, as usual, so many excellent questions.