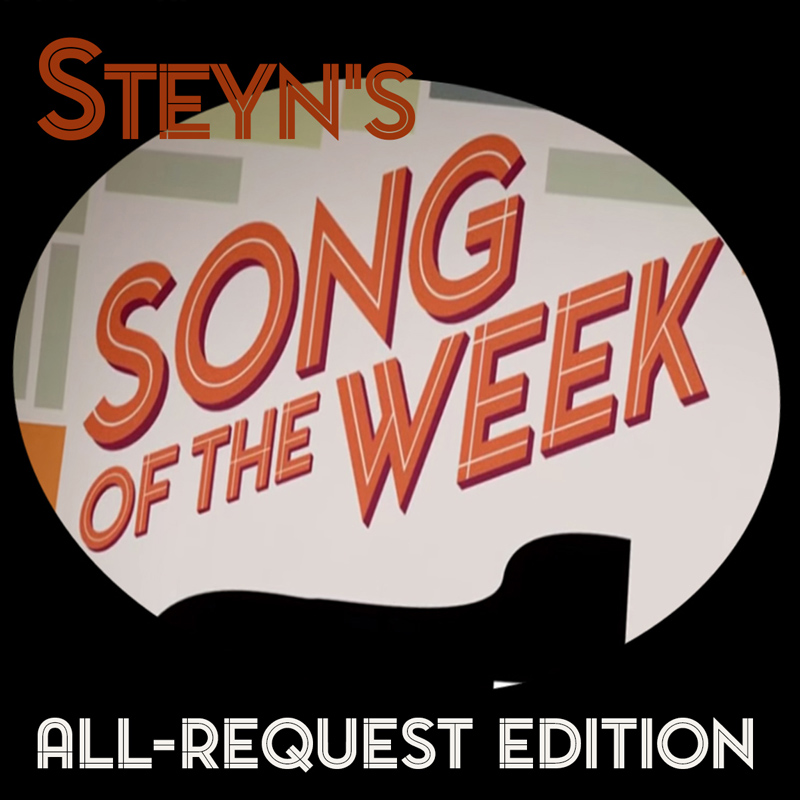 The coronavirus has wiped out all musical events, all communal music-making, perhaps for months, so in lieu of any of that we're presenting the first ever all-request edition of Steyn's Song of the Week in fourteen years.

You can't go to a nightclub or a music hall, a Broadway theatre or a huge rock arena, so we hope you'll find this the next best thing. Click above to listen.

~Steyn's Song of the Week is made possible through the support of members of The Mark Steyn Club, for which we're profoundly grateful.

Mark will return later this evening for the concluding episode of Daniel Defoe's Journal of the Plague Year.