Hey There with Heart 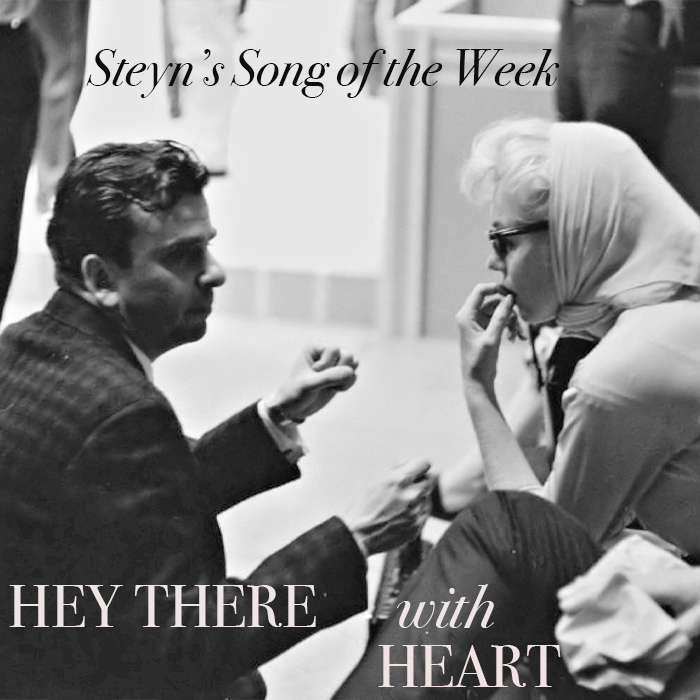 The songwriter Richard Adler was born in New York one hundred years ago - August 3rd 1921. To mark the occasion, we present a reprise of a special show Mark put together a decade ago to mark the long-lived Mr Adler's ninetieth birthday, featuring a song apiece from two of the biggest Broadway hits of the 1950s, The Pajama Game and Damn Yankees.

In the course of the show, we'll hear a brace of exclusive rare live performances: from the Steyn archives, Mark prompts Richard Adler himself to recreate "Hey There", the big ballad from Adler & Ross's first Broadway score - and then Mark joins Liza Minnelli, Gwen Verdon, the great Russian ballerina Natalia Makarova; and a host of Broadway's greatest talent, from Kander & Ebb, writers of "New York, New York", to Comden & Green, writers of Singin' In The Rain, from Sheldon Harnick, lyricist of Fiddler On The Roof, to Hal Prince, director of Phantom Of The Opera, in a rousing performance of Adler & Ross's great showstopper, "You gotta have Heart".

~If you enjoy our Sunday Song of the Week, we now have an audio companion, every Sunday on Serenade Radio in the UK. You can listen to the show from anywhere on the planet by clicking the button in the top right corner here. It airs thrice a week:

Don't forget, some of Mark's most popular Song of the Week essays are collected in his book A Song For The Season. You can order your personally autographed copy exclusively from the SteynOnline bookstore - and, if you're a Mark Steyn Club member, don't forget to enter your promo code at checkout for special member pricing.

If you're a Mark Steyn Club member and you disagree with any or all of Mark's commentary, feel free to yell, "Hey, There!" and start the pop bottles flying in our comments section. As we always say, membership in The Mark Steyn Club isn't for everybody, and it doesn't affect access to Song of the Week and our other regular content, but one thing it does give you is commenter's privileges. Please stay on topic and don't include URLs, as the longer ones can wreak havoc with the formatting of the page.