A Theme to a Kill 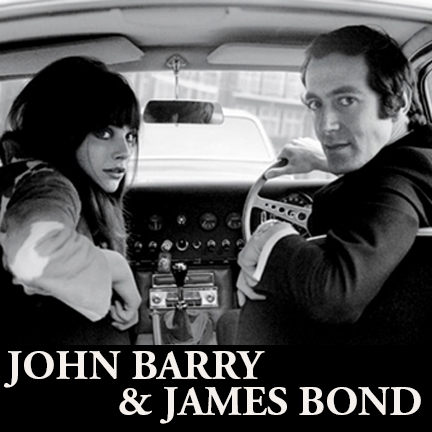 To mark the premiere in London of the new Bond film, Spectre, SteynOnline is offering its own quantum of Bondage this week, including Mark's take on Ian Fleming's original 007 novels; a celebration of M's iconic secretary, Miss Moneypenny; and a tip of the hat to Christopher Wood, the man who gave Roger Moore all his best double entendres. Today we present an encore presentation of Mark's audio salute to the composer who was Bond's music man for a quarter-century and along the way invented a whole new genre:

John Barry was a versatile musician of prodigious talent who in a half-century career worked in pop music, film and theatre. But, if he'd never done anything else, he'd have a claim on posterity as the man who singlehandedly created the instantly recognizable sound of big-screen spy music and made James Bond the only secret agent with his own song catalogue.

John was born on November 3rd 1933, in Yorkshire, where his dad owned the local cinema. When he died in 2011, Mark rounded up three members of 007's musical family - a brace of Oscar-winning lyricists and a composer - to pay tribute to the man who gave Bond his soundtrack. Tim Rice and Don Black were guests on The Mark Steyn Christmas Show a while back, when they touched briefly on their Bond songs. Tim is best-known as the lyricist of Evita, Aladdin and The Lion King, but he also collaborated with John Barry on the theme song for Octopussy. And Don has written more James Bond lyrics than anybody else, from Thunderball to The Man With The Golden Gun, Diamonds Are Forever to The World Is Not Enough.

Joining Tim and Don is David Arnold, the composer of Independence Day, Godzilla, the remake of Shaft, Hot Fuzz, Voyage Of The Dawn Treader and the TV series Little Britain. But, if Barry was the sound of Bond for the first half of his half-century, David is the man who picked up the baton for the second half. He scored every Bond picture from Tomorrow Never Dies to A Quantum Of Solace, and was just about the only person other than Judi Dench's M to survive the transition from the Pierce Brosnan era to the Daniel Craig regime. David has also made his own album of Bond songs, Shaken And Stirred.

Our two-part special provides over two great hours of music and conversation. We'll track Bond themes from You Only Live Twice, Moonraker, A View To A Kill and many more performed by Tom Jones, Nancy Sinatra, Louis Armstrong, Lulu, Rita Coolidge, Duran Duran, A-Ha and, of course, the peerless Shirley Bassey. We'll also hear Barry songs performed by Frank Sinatra, Tom Petty, Anthony Newley, Kanye West, Iggy Pop, Pulp, Coldplay, and the Mormon Tabernacle Choir, plus TV themes like "The Persuaders", other Barry film scores from The Ipcress File to Out Of Africa, and the world's greatest shampoo commercial.

In Part One of the show, Tim Rice delves into the John Barry Seven's raucous pop career, Don Black distinguishes the anatomical origins of "Diamonds Are Forever" from the non-anatomical origins of "Thunderball", David Arnold takes us behind a unique moment in On Her Majesty's Secret Service – and Mark explores the evolution of the James Bond theme from Dr No to The Living Daylights. To listen to Part One, click the top button above.

Don't forget, Part One is the top button, Part Two the lower. Each part is a little over an hour - so that's two hours of great music and conversation in the 007 style.

The picture above shows John Barry and his then wife Jane Birkin back in the Swingin' Sixties and looking not un-Bondlike.