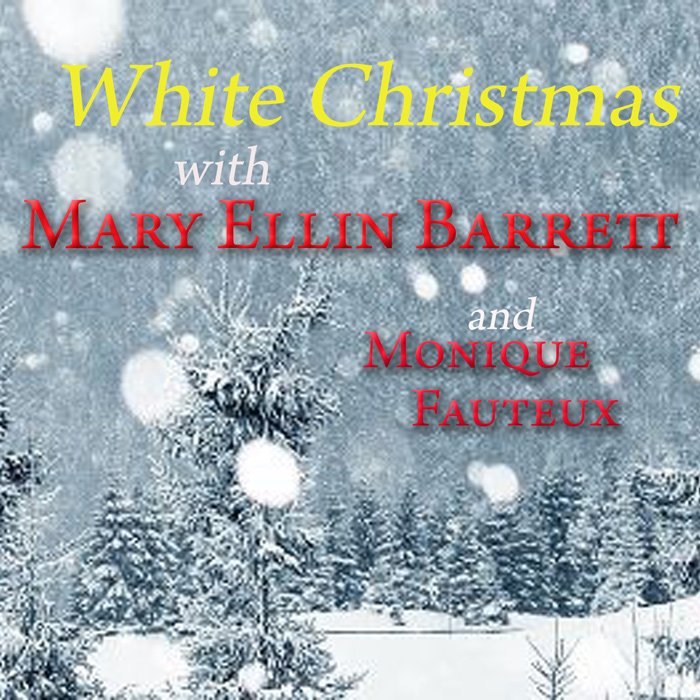 Welcome to the first of our December celebrations of the big hits from the Christmas songbook.

We start with one of the most beloved seasonal numbers, which celebrates its 75th birthday this holiday season: In December 1942, the Number One hit on the Billboard chart was the very first record of this song by Bing Crosby. This special Song of the Week audio edition includes rare material from the Steyn archive and a special live performance of "White Christmas". Mark visits the home of Mary Ellin Barrett, daughter of the man who gave us "God Bless America", "Blue Skies", "Easter Parade" and many more. (That's Mary Ellin with her father at right.) Mark and Mary Ellin gather round Irving Berlin's old piano, the one with the special lever that enabled him to change key while still playing in F sharp. Mary Ellin recalls childhood Christmases in the Berlin household and the mistake her mother found in the verse of "White Christmas", as well as the tragic events of Christmas Day 1928 and the long shadow they cast over the Berlin family. And we'll hear how Irving Berlin's great song sounds on his very own keyboard.

All that plus vintage Bing, a wartime warbling by the composer himself, other Berlin songs including the heart-rending "When I Lost You" - and a special live performance by Monique Fauteux, one of the great treasures of Québec music, who last joined Mark for their bilingual rendition of "Roses Of Picardy".

To listen to this Song of the Week audio edition, simply click the link above. Incidentally, Mark highly recommends Mary Ellin's 1994 book on her father, Irving Berlin: A Daughter's Memoir. And don't forget you can read more about "White Christmas" in Mark's book A Song For The Season, personally autographed copies of which are available from the SteynOnline bookstore. Alternatively, if you're looking for a great Christmas present for a chum, you could get him or her a personally autographed copy of A Song for the Season as part of a Mark Steyn Club special Christmas Gift Membership.

Also for Mark Steyn Club members: If you disagree with Mark's podcast, feel free to make his days non-merry and non-bright all over our comments section. As we always say, membership in The Mark Steyn Club isn't for everybody, and it doesn't affect access to Song of the Week and our other regular content, but one thing it does give you is commenter's privileges, so get to it! For more on the Club, see here - and don't forget that limited-time Christmas Gift Membership.

Please join Mark for a different kind of audio pleasure later this evening when he reads Part Three of his serialization of A Christmas Carol.