Because Christmas Day fell on a Sunday this year, today after doesn't have the usual rushed, back-to-normal feel it does on most December 26ths in America. Indeed, for us immigrants from Her Majesty's Dominions, it has an oddly Boxing-like quality this year. Very relaxed.

With that in mind, I thought we'd mellow out with one final selection from this year's Mark Steyn Christmas Show. Russell Malone is one of my favorite guitarists, and refreshes almost any tune he touches. A a couple of years back, when he was playing at Smoke in New York City, he and the guys started noodling around on something, and a minute or two in, I found myself going, "Hang on, this is turning into 'Lollipops And Roses'" - a song I had hitherto loathed. So I asked Russell and his quartet to do something similar for Christmas. Just start noodling around - and then surprise me. Here's what he did:

Lovely! Nice to hear a guitar on this Vince Guaraldi classic. The brushes make it sound snowy...

Nice rendition of the song! I've always found this tune to be soothing, which helps me relax amid the hustle and bustle of the holidays.﻿

Agreed. Which is why it's just right for this quasi-Boxing Day in America.

For more from this year's Mark Steyn Christmas Show, see here. And join us for more live music here later in the week. 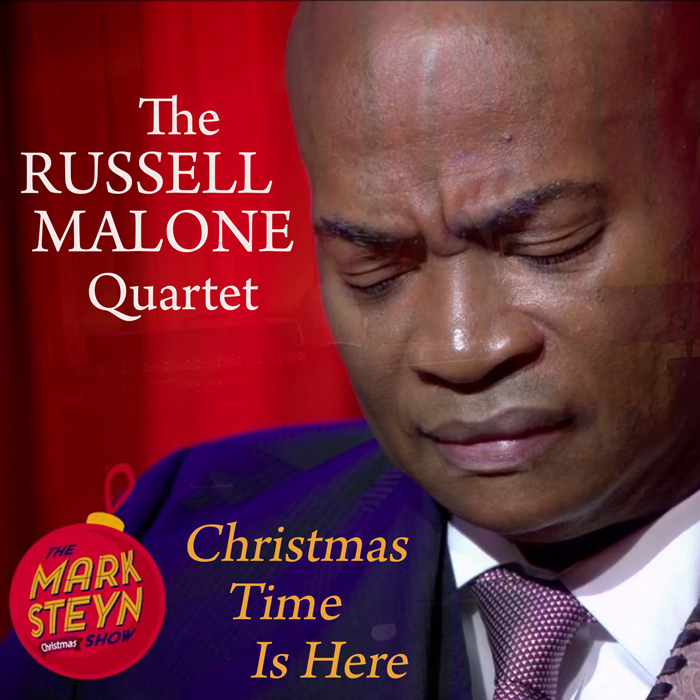