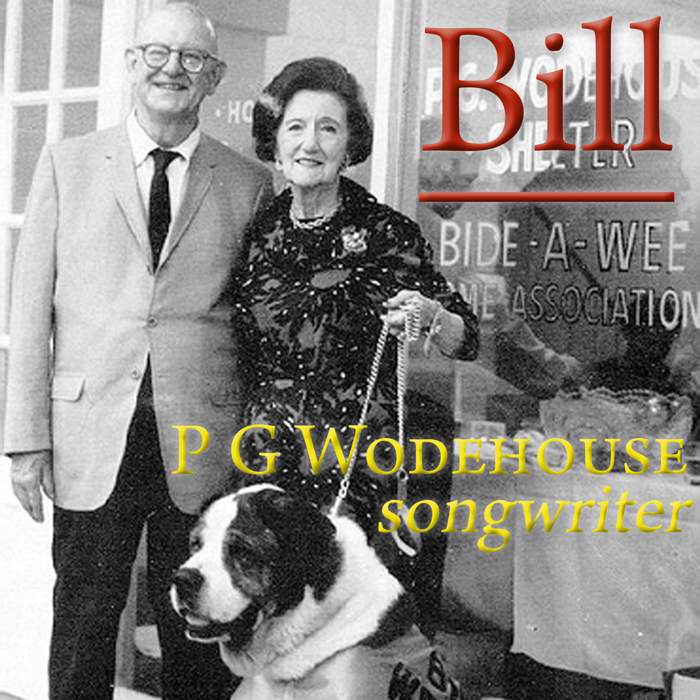 After hanging out with the Aussie rockers last weekend, I thought I'd retreat to something a little closer to my comfort zone for this Sunday's audio entertainment: P G Wodehouse. He's celebrated as the great comic novelist of Bertie Wooster and Jeeves, Lord Emsworth and the Empress of Blandings, Mr Mulliner and the Oldest Member... But he also wrote songs, and his most successful is celebrating its hundredth birthday this year. "Bill" became famous in the stage and screen hit Show Boat in 1927, but it dates from a decade earlier, when Oh, Lady! Lady!! opened on Broadway on February 1st 1918 - and this lovely song, written with Jerome Kern, was cut two days before the first night.

In this audio edition of our Song of the Week, we'll hear, from the Steyn archive, two great scholars of Kern & Wodehouse's songs - the late John McGlinn, who conducted almost all of Kern's music, and the late Lee Davis, who was among other distinctions P G Wodehouse's golf caddy. We'll also enjoy "Bill" as interpreted over the decades not only by the great Helen Morgan, who made it a hit, but by film stars (Judy Garland), jazz improvisers (Ella Fitzgerald), pop divas (Shirley Bassey), opera singers (Teresa Stratas), Europop colossi (Nana Mouskouri) and more. We'll revisit "Ol' Man River" and other songs from Show Boat, and enjoy some obscure Kern & Wodehouse songs - variously comic, charming, heartfelt and profound, but all of which influenced the Gershwins, Rodgers & Hart, Cole Porter and many others. We'll learn of real-life romance on the Long Island Railroad and why you should never let Dwight Frye - the original misshapen assistant to the Baron in Frankenstein and a staple of other Universal horror classics - sing any song with the word "sit" in it. To quote a Wodehouse title, it's a one-hour trip to "The Land Where the Good Songs Go".

Click above to listen - and, if you're a fan of Plum's novels, I hope you enjoy this other side of his talent.

For versifying of a different kind this weekend, don't forget the latest in our series of video poetry, in which I celebrate the bicentennial of Shelley's "Ozymandias".

If you're a Mark Steyn Club member, feel free to go full Sir Roderick Spode in the comments section. As we always say, membership in The Mark Steyn Club isn't for everybody, and it doesn't affect access to Song of the Week and our other regular content, but one thing it does give you is commenter's privileges, so have at it. You can also get personally autographed copies of A Song for the Season and many other Steyn books at a special member's price. For more on The Mark Steyn Club, see here - and, if you enjoy me in non-visual form, join us on Tuesday for an audio edition of Clubland Q&A, when I'll be taking your questions live around the planet at 4pm US Eastern, which is 9pm Greenwich Mean Time, 10pm in Europe, 11pm in the Middle East, and Wednesday morning in Oz and the Pacific.