Getting His Kicks: A Hundred Years of Bobby Troup 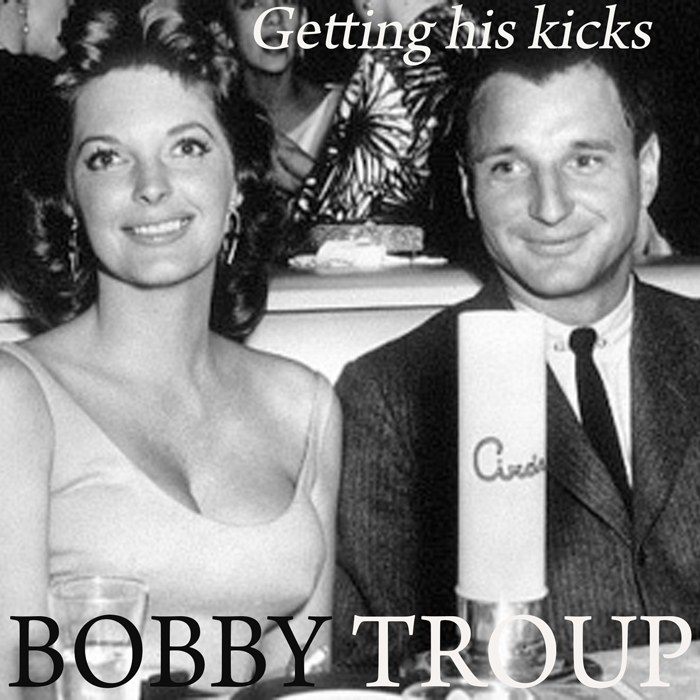 Bobby Troup was born one hundred years ago - October 18th 1918 - and, a century on, everybody knows at least one of his songs. In this SteynOnline audio special, Mark plays "Route 66", "Daddy", "The Girl Can't Help It", "Girl Talk" and other Bobby Troup hits as sung by everyone from Frank Sinatra to Fergie, Nat "King" Cole to Led Zeppelin, Dinah Shore to Bonnie Raitt, the Four Freshmen to the Rolling Stones, Tommy Dorsey and Harry James to the Beach Boys and Depeche Mode - and we'll hear Bobby Troup singing and playing the songs of others, from "Take Me Out to the Ball Game" to "Spinning Wheel". Mark also tips his hat to the classic record Troup produced for his wife Julie London - "Cry Me a River".

But on our songwriter salutes we always like to feature some live performances, so we'll revisit Tal Bachman's recent Steyn Club Cruise rendition of "Route 66", and hear Cheryl Bentyne from the Manhattan Transfer with Eric Harding at the piano singing one of Troup's most intense ballads. And Mark himself takes a run at his favorite Bobby Troup number with Kevin Amos and the band. Some of the songs are very well known but others are rarities and curiosities you won't have heard before. To listen to this special edition of On the Town, simply click above - and enjoy an hour-and-a-quarter of great music.

On the Town is made possible through the support of members of The Mark Steyn Club, for which we are profoundly grateful. We treasure all our members whether from Kingman, Barstow, San Bernadino, or far beyond in the Cook Islands, the Solomons and Vanuatu. For more on The Mark Steyn Club, see here - and don't forget our special Gift Membership.

PS There's more on "Girl Talk", Bobby Troup's song for swingin' sexists, here. And there's more live music from Mark's shows over the years in his On the Town best-of-the-guests special with encores from Tal and Cheryl plus performances from Liza Minnelli, Paul Simon, Loudon Wainwright III, Everything But The Girl and many more.