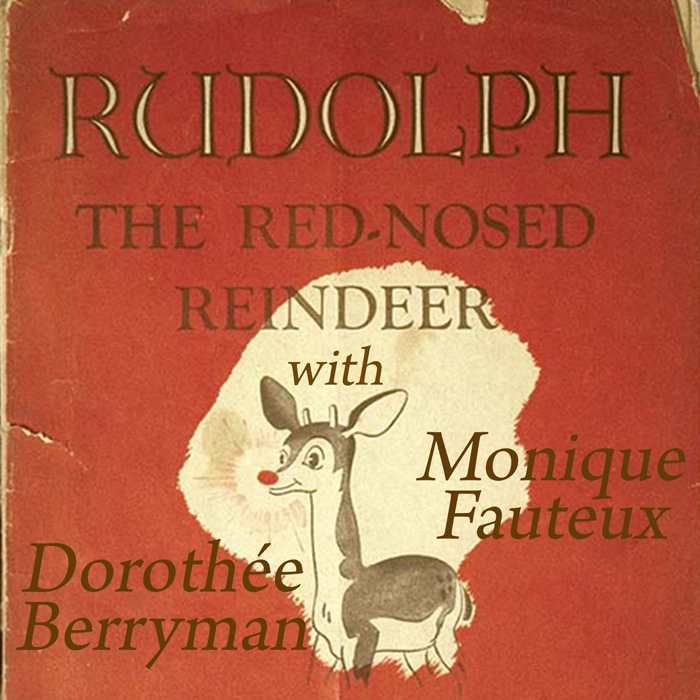 This December at Steyn's Song of the Week we're celebrating some of the big Christmas standards. We started last Sunday with "Sleigh Ride". Today we're presenting an audio special marking the eightieth birthday of Rudolph the Red-Nosed Reindeer, who made his debut in a children's giveaway booklet for the Montgomery Ward department store in Christmas 1939.

In this special podcast, Mark tells the story of Rudolph and the two brothers-in-law who made him part of the American holiday season. Along the way we'll hear music from Gene Autry, Harry Connick Jr, Brenda Lee, Michael Bublé, Bing Crosby, Peggy Lee, the Ink Spots, Glenn Miller and Harry Belafonte - and a few other songs by a Jewish songwriter who wrote more Christmas songs than anyone else, including "Rockin' Around The Christmas Tree" and "A Holly Jolly Christmas". And we'll end with a special live performance: Dorothée Berryman, star of the Oscar-winning movie Barbarian Invasions, and Monique Fauteux, who's sung with everyone from Charles Trenet to the Quebec progressive rock band Harmonium, join Mark for a bilingual sleigh ride with Rudolph and his nez rouge.

~For audio entertainment of a different kind, please join us back here later this Sunday evening for the latest in our Christmas Tales for Our Time from Green Gables and beyond.

~If you were intrigued by that excerpt from "Rockin' Around the Christmas Tree", our special guests will give the song a fuller outing on next weekend's Mark Steyn Christmas Show. If you enjoyed Dorothée Berryman and Monique Fauteux, you can hear more of them on Mark's two-CD salute to Frank Loesser - and Mme Fauteux joins Steyn on his album Goldfinger for a bilingual version of "Roses of Picardy". (It's also on sale at Amazon and CD Baby.)

~There's much more live festive music from Mark's Christmas shows over the years in the Yuletide section of our new Netflix-style easy-access music home page - including "White Christmas", "Silent Night", "Have Yourself a Merry Little Christmas" and more.