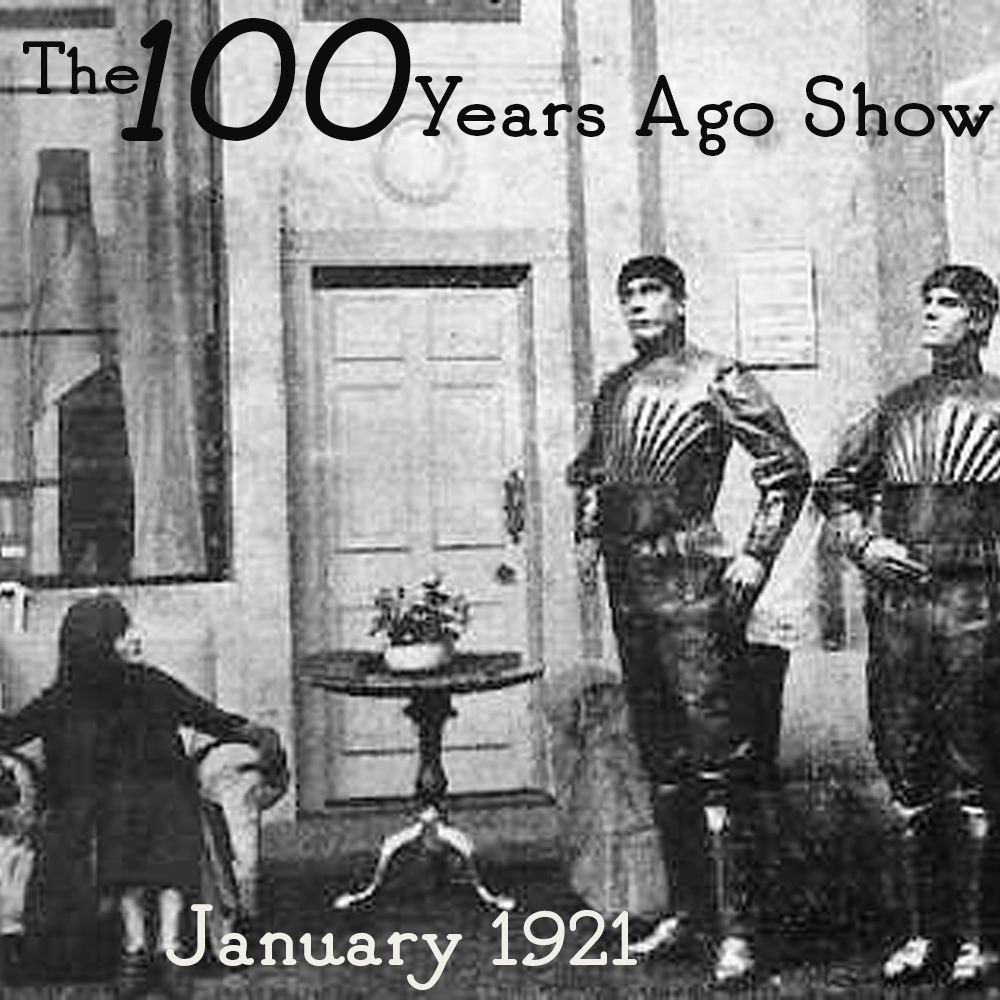 Since Mark launched the Coronacopia audio edition of The Mark Steyn Show during that long-ago "fifteen days to flatten the curve", one of his regular features has been The Hundred Years Ago Show. Each week Mark gives you his "world news update" from a century ago accompanied by some appropriate musical sounds of the era. It's proved so popular that we thought we'd break it out into a monthly omnibus version we'll be airing on the last Sunday of each month.

It's not exactly an escape from today's hell: As you know, Mark has long held that many of the problems that beset us arise from the aftermath of the Great War - whether very directly, from the creation of the modern Middle East, or more obliquely, from the catastrophic loss of civilizational self-confidence that followed the appalling carnage and from which we have never recovered. Thus many of the news stories of 1921 are reflected indirectly in the headlines ten decades later. But there are also many less freighted reports - of forgotten novelties and landmark inventions, of sporting and artistic triumphs, and of the passing of the once famous.

In this month's episode, aside from Communism on the march, British rule in Ireland in deep trouble, and the transition from Wilson to Harding in Washington, Mark reports on, among other matters, a murdered composer, the first woman to be sawn in two live on stage, and on a brand new word: robot. Click above to listen.

Mark will be back right here later today with his Song of the Week and Part Twenty-Two of his latest Tale for Our Time - George Orwell's Nineteen Eighty-Four.

The Hundred Years Ago Show and Tales for Our Time are made with the support of members of The Mark Steyn Club. As Mark always says, Club membership isn't for everyone, but if you're interested you can find more information here.