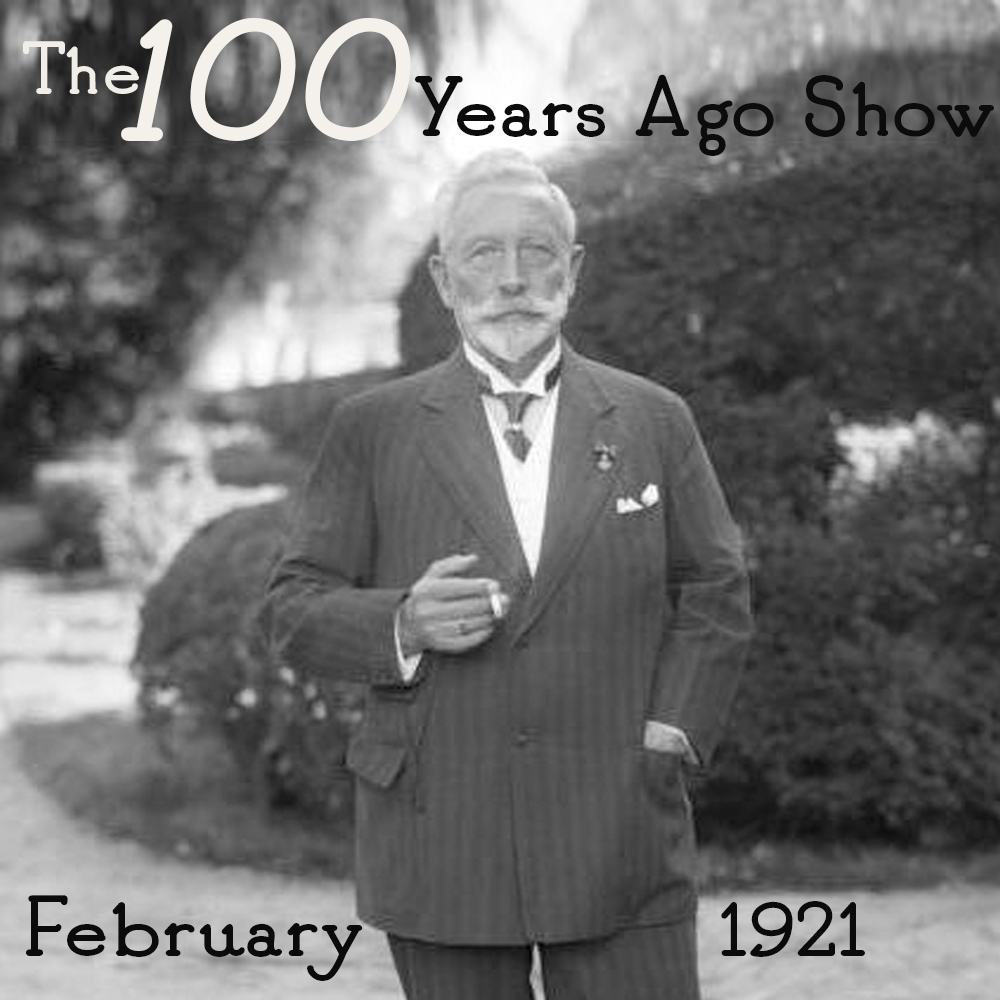 Since Mark launched the Coronacopia audio edition of The Mark Steyn Show during that long-ago "fifteen days to flatten the curve", one of his regular features has been The Hundred Years Ago Show. Each week Mark gives you his "world news update" from a century ago accompanied by some appropriate musical sounds of the era. It's proved so popular that we're now reprising it as a monthly omnibus version we'll be airing on the last Sunday of each month.

In this latest episode, aside from Communism on the march, French troops massing on the German border, and Negro lynchings in the American South, Steyn reports on, among other matters, Kaiser Bill's first interview in exile, the restoration of the Bogd Khan to the Mongolian throne, and on the first solo stroll across Australia. Click above to listen.

The Hundred Years Ago Show is not exactly an escape from today's hell: As you know, Mark has long held that many of the problems that beset us arise from the aftermath of the Great War - whether very directly, from the creation of the modern Middle East, or more obliquely, from the catastrophic loss of civilizational self-confidence that followed the appalling carnage and from which we have never recovered. Thus many of the news stories of 1921 are reflected indirectly in the headlines ten decades later. But there are also many less freighted reports - of forgotten novelties and landmark inventions, of sporting and artistic triumphs, and of the passing of the once famous.

Steyn will be back right here later today with his Song of the Week, after which he'll join Chris Kenny Down Under on Sky News at 1am North American Eastern/6am GMT/5pm in Sydney.

The Hundred Years Ago Show is made with the support of members of The Mark Steyn Club. As Mark always says, Club membership isn't for everyone, but if you're interested you can find more information here.