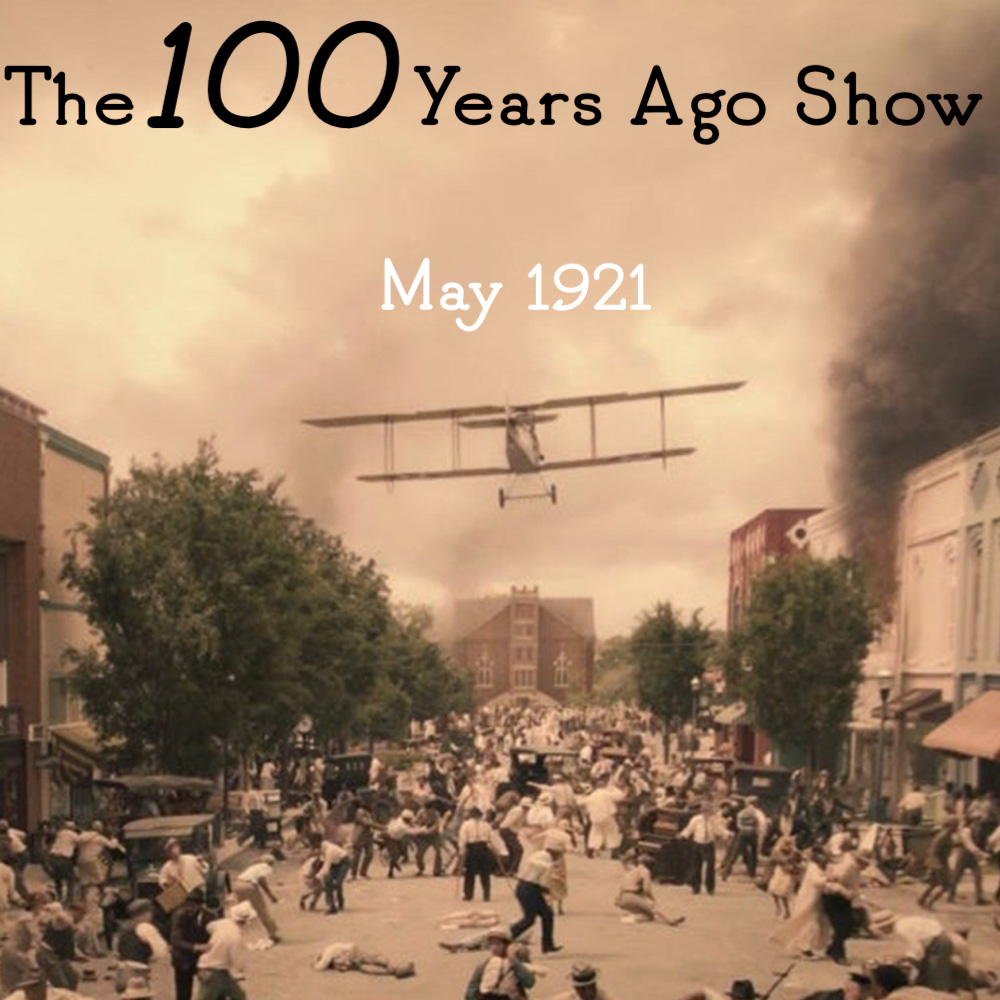 In this latest episode of The Hundred Years Ago Show, Tulsa burns ...and so does Charlie Chaplin. Germany caves to Allied demands, West Virginia proclaims martial law, Upper Silesia revolts (again), the US Congress votes overwhelmingly to restrict immigration according to national origin, and the United Kingdom welcomes a new polity: Northern Ireland.

But Steyn also finds time to report on the new all-black musical sensation on the Great White Way, women looping the loop, Marie Curie and Albert Einstein in New York, a suicidal congressman, the "inventor of kinematography", and much more. Click above to listen.

The Hundred Years Ago Show began as a weekly feature of The Mark Steyn Show with Mark's "world news update" accompanied by some appropriate musical sounds from a century ago. It's proved so popular that we're now reprising it as a monthly omnibus version on the last Sunday of each month. And, as with our audio adventures, video poetry and musical specials, we've created a special Hundred Years Ago home page in handy Netflix-style tile format to enable you to set your time machine for the precise month you're in the mood for.

The Hundred Years Ago Show is a special production for The Mark Steyn Club. As Mark always says, Club membership isn't for everyone, but if you're interested you can find more information here. As our fourth birthday month draws to a close, Anita, a First Weekend Founding Member from Chicago, writes:

I wanted to slip under the wire of the fourth anniversary celebration to say I have one complaint about being a member of The Mark Steyn Club: there is too much content.

I can't keep up and give everything the attention it deserves... Sheesh! What's girl to do?

I don't know how you produce everything. Do you sleep?

Keep it coming anyway. I'll get round to it.

Thank you, Anita. We'll try to make you happier in the coming year by giving you worse value for money. But one way we try to make it easier to "give everything the attention it deserves" is by breaking out some of our subsidiary items into freestanding features: hence, this Hundred Years Ago monthly omnibus.

On a less historically freighted note, Steyn will be back later today with his Song of the Week. We hope you'll join him.