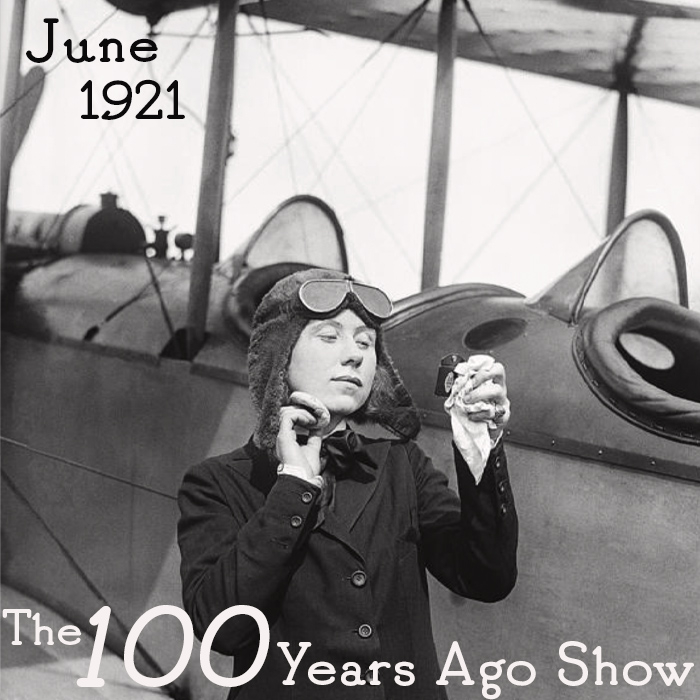 In Steyn's June edition of The Hundred Years Ago Show, we feature a president on the Supreme Court, a king in battle, a pushback against the Bolsheviks, an uprising in Upper Silesia, the first American mosque with dome and minarets, and two new parliaments in Ireland: one sits, and the other fails to.

Plus: A daring aviatrix goes a loop too far; a royal baby is born on a dining-room table in Greece; Babe Ruth sits in jail; and America goes sheikh-crazy. Click above to listen.

The Hundred Years Ago Show began as a weekly feature of The Mark Steyn Show with Mark's "world news update" accompanied by some appropriate musical sounds from a century ago. It proved so popular that we now reprise it as a monthly omnibus version on the last Sunday of each month. And, as with our audio adventures, video poetry and musical specials, we've created a special Hundred Years Ago home page in handy Netflix-style tile format to enable you to set your time machine for the precise month you're in the mood for.

On a less historically freighted note, Steyn will be back later today with his (essay-version) Song of the Week. We hope you'll join him.