Weimar, He's Making Eyes at You 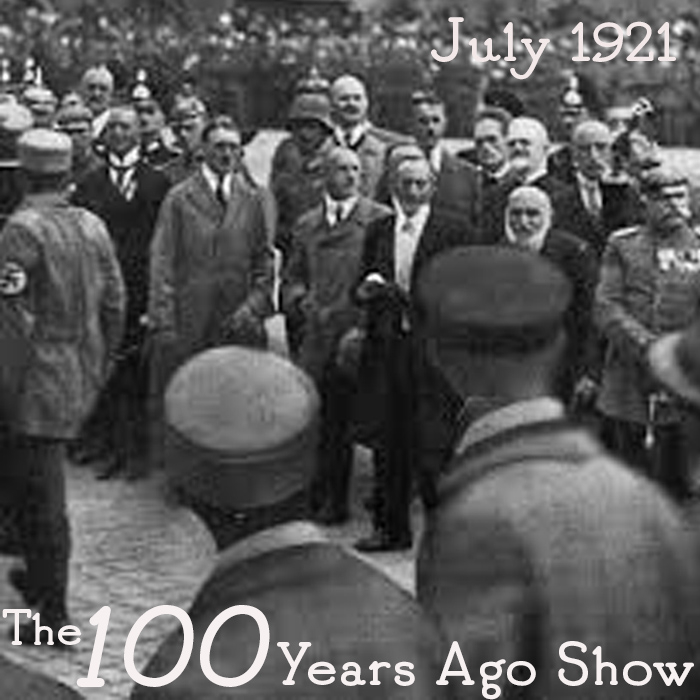 In Mark's July edition of The Hundred Years Ago Show, peace breaks out in Ireland; the Government of the United States takes an unexpected interest in Afghanistan; China's nascent Communist Party has its first meeting relegated to a pleasure boat on a tourist lake; and the turbulent politics of post-imperial Germany seem to be working well for a charismatic public speaker.

Plus: The short lives of Interior Ministers; a record-breaking home run; an old diabetic dog tries a new trick called insulin; and President Harding and Thomas Edison are on the trail of the Lonesome Pine. Click above to listen.

The Hundred Years Ago Show began as a weekly feature of The Mark Steyn Show with Mark's "world news update" accompanied by some appropriate musical sounds from a century ago. It proved so popular that we now reprise it as a monthly omnibus version on the last Sunday of each month. And, as with our audio adventures, video poetry and musical specials, we've created a special Hundred Years Ago home page in handy Netflix-style tile format to enable you to set your time machine for the precise month you're in the mood for. (Club Members may access the transcript for this show here.)

On a less historically freighted note, Steyn will be back later today with his (essay-version) Song of the Week and the latest episode of our current Tale for Our Time - Jack London's Burning Daylight. We hope you'll join him.