The Party She Didn't Come Home From 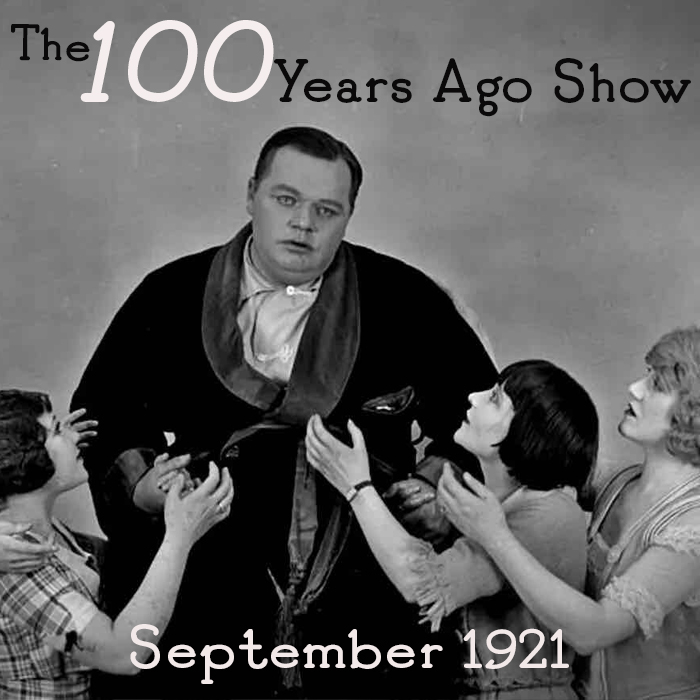 In Mark's September edition of The Hundred Years Ago Show, a movie star's party goes wrong and takes out a Hollywood celebrity; war rampages on between Russians and Romanians, Turks and Greeks, Spaniards and Berbers, but peace breaks out between the United States and Canada; a European army is humiliated by Islamic tribesmen; an Indian nationalist discards barristerial dress for a loincloth; and a fertilizer explosion levels a German town.

Plus: Sir Ernest Shackleton at the flickers; a German Jew who became an English knight; a German noble who became a Mongol warlord - and make sure the elephant actually wants his coconut before offering it to him. Click above to listen.

Elisa Angel, a First Month Founding Member of The Mark Steyn Club from the diseased heart of America's Deep State in the District of Columbia, enthuses:

The Hundred Years Ago Show is wonderful. I can't encourage people enough to listen to it. It's like sitting in the library reading microfilm of old newspapers with music from the era playing in the background, but better because you don't have to load the microfilm and shuffle through it, Mark selects the most interesting bits and reads them with great flair. The Hundred Years Ago Show can't be beat.

Thank you, Elisa. I wasn't aware there was such a thing as microfilm nostalgia, but I'm glad to hear it. However, you don't have to be a microfilm fetishist to enjoy The Hundred Years Ago Show. When you're weary of today's hell, it provides a brief 45-minute respite in an earlier hell: As you know, Mark has long held that many of the problems that beset us arise from the years after the Great War. Thus many of the news stories of 1921 are reflected indirectly in the headlines ten decades later. But there are also less freighted reports - of forgotten novelties and landmark inventions, of sporting and artistic triumphs, and the passing of the once famous.

Oh, and plenty of period music - from Fanny Brice and Irving Berlin, Central Asian throat-singers and Engelbert Humperdinck, and that classic tugger of heartstrings, "They Needed a Songbird in Heaven, So God Took Caruso Away".

The Hundred Years Ago Show started as a weekly feature of The Mark Steyn Show with Mark's "world news update" accompanied by some appropriate musical sounds from a century ago. It proved so popular that we now reprise it as a monthly omnibus version on the last Sunday of each month. And, as with our audio adventures, video poetry and musical specials, we've created a special Hundred Years Ago home page in handy Netflix-style tile format to enable you to set your time machine for the precise month you're in the mood for.

Steyn will be back later today with his (essay-version) Song of the Week. We hope you'll join him.