When Irish Ayes Are Dáiling 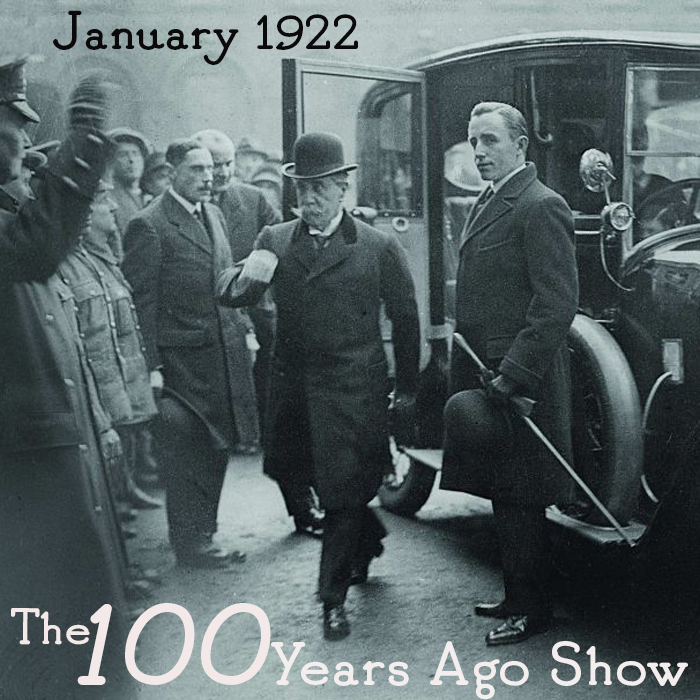 Programming note: If you missed today's audio episode of Steyn's Song of the Week on Serenade Radio, you can catch the re-run at 5.30am Monday GMT, which is 9.30pm Sunday on the North American West Coast and a pleasant Monday afternoon listen in Australia. Wherever you are on the planet, simply click the button at top right here.

Welcome to this new year's first monthly anthology edition of The Hundred Years Ago Show. January 1922 is a busy month in Dublin as the arrangements for the new Irish Free State are hurriedly put in place, and the Lord-Lieutenant, Viscount FitzAlan, invites Michael Collins and his new cabinet to Dublin Castle to meet their departmental civil servants. On the other hand, English reporters are getting kidnapped in Irish pubs. In Germany, the mark falls to 1/6,600th of a dollar, and the court convicts an up-and-coming politician called Adolf Hitler. And a pope whose driver left him waiting in the rain too long is dead.

Plus: in Toronto, the first use of insulin to treat diabetes; in Antarctica, the death of a great if bibulous explorer; "Toot Toot Tootsie" and a toot for the Tootsie Roll inventor; a second trial for Fatty Arbuckle; and sensational sex on the screen. Click above to listen.

Thank you for all your kind comments on The Hundred Years Ago Show and other programming. James Driskell, a First Week Founding Member of The Mark Steyn Club from Nevada, writes:

I too love The Hundred Years Ago Show, it's an eerie replay of the same stories from today, although I think courageous people were allowed more freedom back then.

Keep up the fine work!

Thank you, James. As you know, Mark has long held that many of the problems that beset us arise from the years after the Great War. Thus many of the news stories of 1922 are reflected indirectly in the headlines a hundred years later. But there are also less freighted reports - of forgotten novelties and landmark inventions, of sporting and artistic triumphs, and the passing of the once famous. Oh, and plenty of period music - many songs that are still sung, but played in the versions that first made them hits.

The Hundred Years Ago Show started as a weekly feature of The Mark Steyn Show. It proved so popular that we now reprise it as a monthly omnibus version on the last Sunday of each month. And, as with our audio adventures, video poetry and musical specials, we've created a special Hundred Years Ago home page in handy Netflix-style tile format to enable you to set your time machine for the precise month you're in the mood for. We also have a tile-format page for the telly version of The Mark Steyn Show.