Rajah You Than Me 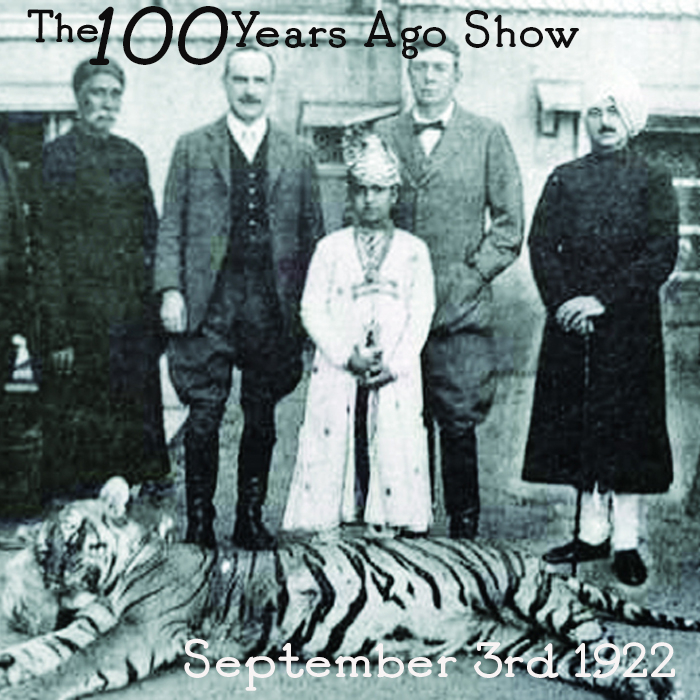 Happy Labor Day/Labour Day weekend to our American and Canadian listeners. Please join us later this summer holiday weekend for a special edition of The Mark Steyn Show - including a Labor Day episode of The Hundred Years Ago Show.

Welcome to this week's Hundred Years Ago Show. September 1922 begins with cost-of-living riots in Germany and a run on the banks. There are deaths in the Royal Families of Britain, Jaipur and Idar, and in a soon-to-be world-famous family in Austria. The first young lady to be styled "Miss America" is crowned in Atlantic City, and a daring US air ace pulls off a flying first (although not quite as famous a feat as one he would do two decades later).

Plus all the other headlines from Jersey to Jaipur - and the sounds of the era from Billy Murray to the Two Gilberts. Click above to listen.

Although to be fair, Capone also probably forgot his name too, and at a much younger age than Joe Biden.

John is correct. But, just for the record, our Hundred Years Ago Show is reported contemporaneously - that's to say, as it would have been at the time. And, at the time, the Chicago press reported the traffic altercation as involving one "Alfred Caponi" - it may have been no more than a careless reporter's assumption that Al, in those more ethnically homogenous times, was always short for Alfred. Whereas these days he'd be assumed to be Arab: "al-Caponi."

The Hundred Years Ago Show began in the first few weeks of lockdown as an occasional feature on The Mark Steyn Show. It proved so popular that it's now a stand-alone show every weekend - with plenty of lessons for our own time. As with our audio adventures, video poetry and musical specials, we've created a special Hundred Years Ago home page in handy Netflix-style tile format to enable you to set your time machine for the precise week or month you're in the mood for. We also have a tile-format page for The Mark Steyn Show, lest you should miss it on your telly every Monday to Thursday in primetime.