A Bushel and a Peck of Heart and Soul 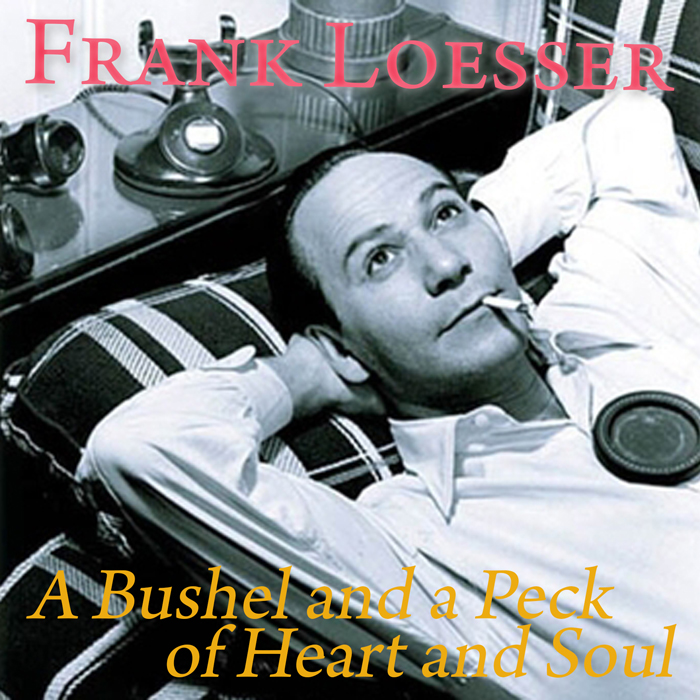 Frank Loesser is no stranger to our Song of the Week department. In a comparatively short life, he gave us one of the greatest Broadway shows of all time, Guys and Dolls; some memorable movies from Destry Rides Again to Hans Christian Andersen; and the seasonal standards "Baby, It's Cold Outside" and "What Are You Doing New Year's Eve?" Loesser died of cancer, far too young, exactly half-a-century ago - July 28th 1969. To mark the anniversary, we're presenting a once-in-a-decade opportunity to hear again the Frank Loesser audio special I hosted for the songwriter's centenary in 2010. Across almost two hours, you'll enjoy highlights from the Steyn archives, and lots of live musical performances by my special guests.

From the Steyn vault, Burton Lane, composer of Finian's Rainbow and On A Clear Day You Can See Forever, and Jule Styne, composer of "People", "Just In Time" and "Let It Snow! Let It Snow! Let It Snow!", recall the early days writing songs with Loesser in Hollywood and providing hits for everyone from Bob Hope to Billie Holiday. And Cy Feuer, producer of shows such as How to Succeed in Business Without Really Trying and films like Cabaret, joins me for a warble through the big take-home tune from Loesser's first Broadway smash, with a bit of help from the 106-year old George Abbott, director of Pal Joey, On the Town, The Pajama Game, Damn Yankees and a ton of other hits.

And we have a lot more live music from the Loesser songbook: Dame Siân Phillips, the great West End stage star who dropped in on us for some Christmas storytelling, reprises her Tony-nominated performance as Marlene Dietrich in a rousing western saloon song. My Québécois pals Dorothée Berryman, star of the Oscar-winning film Barbarian Invasions, and Monique Fauteux, one of the province's great musical treasures, are here with some jazzy Loesser love songs and a classic ballad from Guys and Dolls in a most unusual treatment. And, of course, my Sweet Gingerbread Gal Jessica Martin is on hand, with one of the most lyrical of Loesser's movie numbers.

Along the way, we'll also hear live performances of "Heart And Soul", "On A Slow Boat To China", "Standing On The Corner", plus a few detours through "Two Sleepy People", "(I love you) A Bushel and a Peck", "Praise the Lord and Pass the Ammunition", "Sit Down, You're Rocking the Boat", and rare recordings of Frank Loesser performing his own work, including Mr and Mrs Loesser's original version of "Baby, It's Cold Outside". And we'll round out the show with a spectacular, no-expense-spared, full-scale dramatic re-enactment of "The King's New Clothes", with me as the King and a full supporting cast of gullible duchesses, sycophantic courtiers and fickle townsfolk.

(Part One is about an hour long, and Part Two about 45 minutes. I apologize if Part One is showing up twice in your browser. No idea why that is, but, if so, just click the top button for Part One, and the bottom button for Part Two, and pay no heed to the one in the middle.)

If you enjoy Mark in audio, he'll be back later this evening for Mark Steyn Club members with Part Three of our current Tale for Our Time, Three Men in a Boat. For more information on The Mark Steyn Club, see here. And, if you have a friend of literary bent who might enjoy our monthly audio adventures, don't forget our special gift membership.