'Twas the weekend before Christmas and all through the house, if you get a break from festive preparations, we hope you'll spare an hour and a bit for The Mark Steyn Christmas Show, with guests from Hollywood, Broadway, British Columbia, Ireland and beyond.

Canadian rock colossus Randy Bachman, from The Guess Who and Bachman-Turner Overdrive and "American Woman" and "You Ain't Seen Nothing Yet", is on hand to rock around a couple of Christmas classics. Randy's son Tal, fresh from contributing the music to the Peloton Christmas controversy, turns thespian to conjure Dickens' Ghost of Christmas Past. Comedy legend Orson Bean channels Stevie Wonder. Jazz greats Carol Welsman and Russell Malone team up for a shimmering seasonal standard, and Mark and Tony-nominated Best Actress Marla Schaffel do likewise, although it doesn't go quite as planned. And Irish tenor Anthony Kearns returns to the Steyn show for a glorious performance of one of the most touching of Christmas carols.

It's an hour and more of caroling and comedy, and a lot of great music, from "In the Bleak Midwinter", "God Rest Ye Merry, Gentlemen" and "It Came Upon the Midnight Clear" to "Blue Christmas", "What Are You Doing New Year's Eve?" and "Rockin' Around the Christmas Tree" - plus a Yuletide song you'll certainly never have heard before. Oh, and "Baby, It's Cold Outside", after a fashion. Click below to watch, starting with our especially seasonal opening titles:

We have more festive entertainment in Tales for Our Time. If you haven't yet heard this year's Yuletide selections from L M Montgomery, they make for a great weekend binge-listen. If Christmas at Green Gables is not to your taste, we also have an O Henry classic, The Gift of the Magi; Holmes, Watson and a Christmas goose in The Adventure of the Blue Carbuncle; and a seasonal sampler from Little Women. 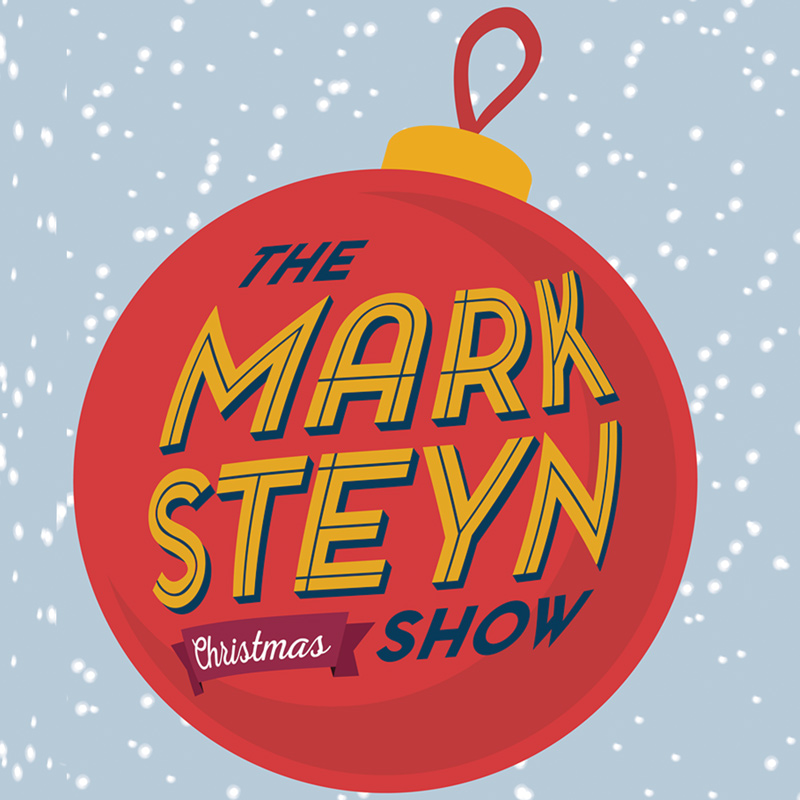