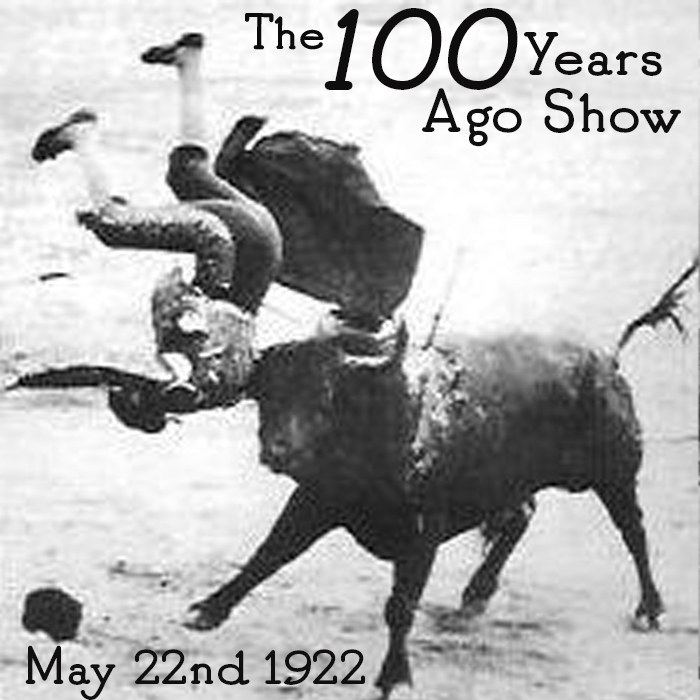 Programming note: Today's audio episode of Steyn's Song of the Week airs on Serenade Radio at 5.30pm British Summer Time, which is 12.30pm North American Eastern or 9.30am for a West Coast Sunday brunch listen. Wherever you are on the planet, simply click the button at top right here.

Later today we will have another entry in Steyn's anthology of video poetry, because, as Mark always says, that's where the big bucks are.

We're celebrating the fifth birthday of The Mark Steyn Club, and we thank especially those First Fortnight Founding Members from May of 2017 who've decided to re-up for a sixth year. Among the changes we're making as we begin our second half-decade is an expansion of one of our more recent attractions. The Hundred Years Ago Show began in the first few weeks of lockdown as an occasional feature on the audio edition of The Mark Steyn Show. It proved so popular that we introduced a monthly anthology edition. We're now making it a full stand-alone show every Sunday at around this time. We hope you'll make a date.

May 1922 continues with mysterious rumors about Comrade Lenin, no longer seen much around Moscow. No doubts about President Harding's health: he's out and about, and even in your front parlor courtesy of the new medium of radio. Ireland's governing party (in the south) is illegal (in the north), and there are new records being set on the racetrack and on Mount Everest. Plus all the other headlines from toreadors to trapeze artists - and the sounds of the age from the biggest female recording star of the acoustic era. Click above to listen.

Thank you for all your kind comments on our Steyn Club fifth anniversary. Jim Wilson from Queensland felt obliged to apologize for a tardy renewal:

Sorry I am a day late!

Don't worry about it, Jim. Australia is so far ahead time-zone-wise that a day late Down Under is two days early at Steyn HQ. We're always glad to hear from the Lucky Country after two years in quarantine, and we'll have coverage of your cheerless election on tomorrow's Mark Steyn Show. Click below for some special Club anniversary observances:

The Hundred Years Ago Show is a special production of The Mark Steyn Club. As we always say, Club membership isn't for everyone, but, on this fifth anniversary, if you're interested you can find more information here.