From The Mark Steyn Show, we present a special edition of our Song of the Week with a brace of 007 guests: Bond lyricist Don Black (Diamonds Are Forever, The World Is Not Enough) and Bond villain Robert Davi (License To Kill) are on hand to celebrate the 50th anniversary of the first British song to win an Oscar.

Mark takes Don back to that Academy Awards night of 1967 when a young English songwriter stepped on stage to pick up his statuette from Dean Martin - and then actor and singer Robert Davi descends the Steyn staircase to perform his own version of a winning song on its demi-centennial:

Don Black very kindly took time out of his hectic schedule to fly up to the North Country to film our Song of the Week episode: He was busy with Glenn Close and the new hit Broadway revival of his show Sunset Boulevard. For more from Don, listen to Mark's tribute to longtime 007 composer John Barry,

~As many viewers know, CRTV fired Mark and canceled The Mark Steyn Show, since when many CRTV subscribers have been canceling CRTV. Mark was very touched to hear that Don was among them. (He's not the only Oscar-winner to cancel his CRTV subscription, by the way.) Robert Davi Tweeted:

So bummed about CRTV. Your show was terrific.

Thank you, Robert. We gather that Mark will be joining Robert Davi on his radio show later this week. Stay tuned for more details.

~More from Steyn's Song of the Week: 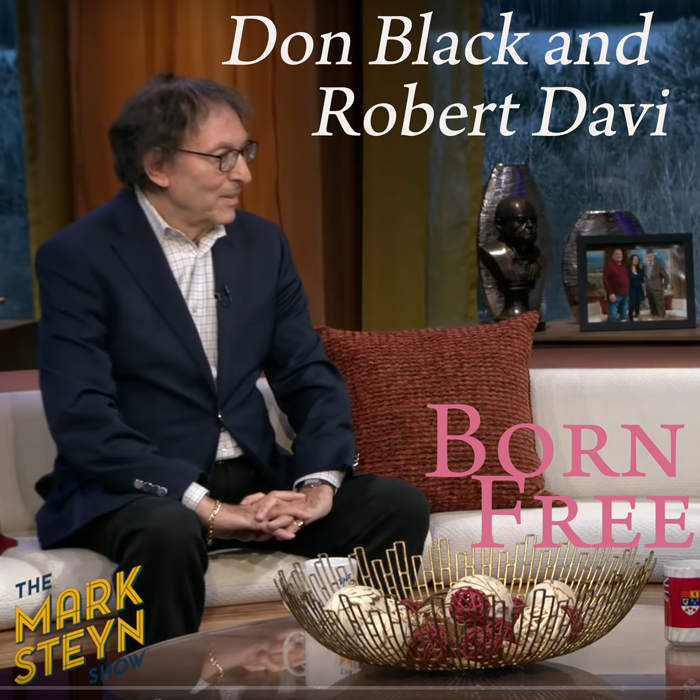