You Ain't Seen Nothing Yet

We're honored to present another live-performance edition of Steyn's Song of the Week, this week featuring a bona fide rock legend going all the way back to his days with The Guess Who and "American Woman" - Randy Bachman.

Since this department was launched many years ago, we've focused, as you know, mostly on standard songs that have lasted over the decades and been done in a variety of styles by a multitude of performers. Even when we've featured numbers from what Billboard is pleased to call "the Rock Era", they tend to have been those that have achieved their most lucrative iteration in easy-listening cover versions - "Something", "Light My Fire", etc. And as a result, year in year out, I've received a constant trickle of emails bemoaning my inability to get with the beat.

Well, a decade of being derided as an effete showtune pansy can get to a chap, and so I figured it was time to pick a genuine guitar-driven rocker for our Song of the Week. This one hit Number One for Bachman-Turner Overdrive forty-five years ago - November 1974 - in both America and the band's native Canada. So I was interested to hear from its author about what makes a rock classic - only to find that Randy's trying to pitch it to Michael Bublé. Click below to watch:

Randy Bachman will be one of many special guests joining me live on stage for this year's Mark Steyn Christmas Show. We hope to see you there, too!

"You Ain't Seen Nothing Yet", music and lyrics by Randy Bachman

~Steyn's Song of the Week is made possible through the support of members of The Mark Steyn Club, for which we're profoundly grateful. Among the pleasures of membership is that you can enjoy our TV content in any medium you desire. So, if you'd rather sample our Song of the Week in audio only, please log-in here. You can find more non-visual content from The Mark Steyn Show over in our Audio & Transcripts department. For more on The Mark Steyn Club, see here. For more on that upcoming Christmas show with Randy et al, see here.

There's more live music from Randy's son Tal Bachman with "That Lucky Old Sun", and there's a whole cavalcade of musicians from Mark's shows over the years in his best-of-the-guests special with performances from Tal, Andrew Lloyd Webber, Everything But The Girl and many more. Plus there's a cornucopia of delights over on our new music home page, where you'll find easy-to-access live performances by everyone from Herman's Hermits to Liza Minnelli; Mark's interviews with Chuck Berry, Leonard Bernstein and Bananarama (just to riffle through the Bs); and audio documentaries on P G Wodehouse's songs, John Barry's Bond themes, Simon after Garfunkel, and much more. We'll be adding to the archive in the months ahead, but, even as it is, we hope you'll find the new SteynOnline music home page a welcome respite from the woes of the world. 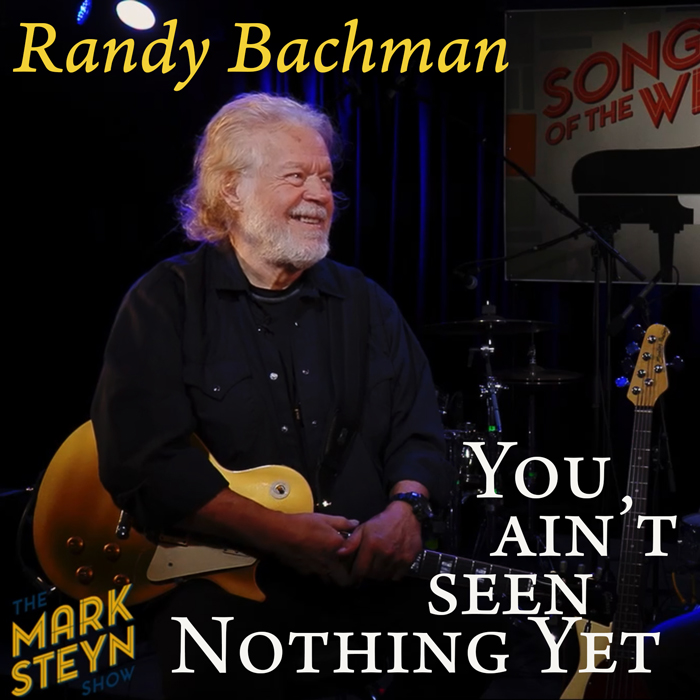