Happy Dominion Day to Mark's fellow Canadians. We were thrilled to see that among the inductees into the Order of Canada today is a great friend of our musical endeavors here, Patsy Gallant. Patsy has sung everything: she had a monster disco hit in Canada, Britain, and across the Commonwealth and Europe with "From New York To LA", and then an incredible eight-year run in Starmania, the blockbuster Paris musical smash that in France was bigger than Les Miz and Phantom combined. But she has always loved Édith Piaf, and on The Mark Steyn Weekend Show a while back Mark was honored to present not only her version of "La Vie en rose" but, as a bonus, and by way of special request from Mark, another Piaf success - "Sous le ciel de Paris":

It has been a very good month for Mme Gallant. A few weeks ago, she was awarded, along with the great Quebec actress Andrée Lachapelle, with the Prix Québecor. In the video below, that's a brief glimpse of Mark hoisting Patsy up on to her chair to receive the cheers of the crowd:

Congratulations to Patsy - or, as we must learn to call her, Mme Patsy Gallant, CM.

Steyn's Song of the Week is produced with support from members of The Mark Steyn Club, for which we're profoundly grateful. For more on the Club, see here.

There's more live music from Mark's shows over the years in his On the Town best-of-the-guests special with performances from Liza Minnelli, Paul Simon, Loudon Wainwright III, Everything But The Girl and many more. And there's more video entertainment from Steyn's Song of the Week below, including from Patsy: 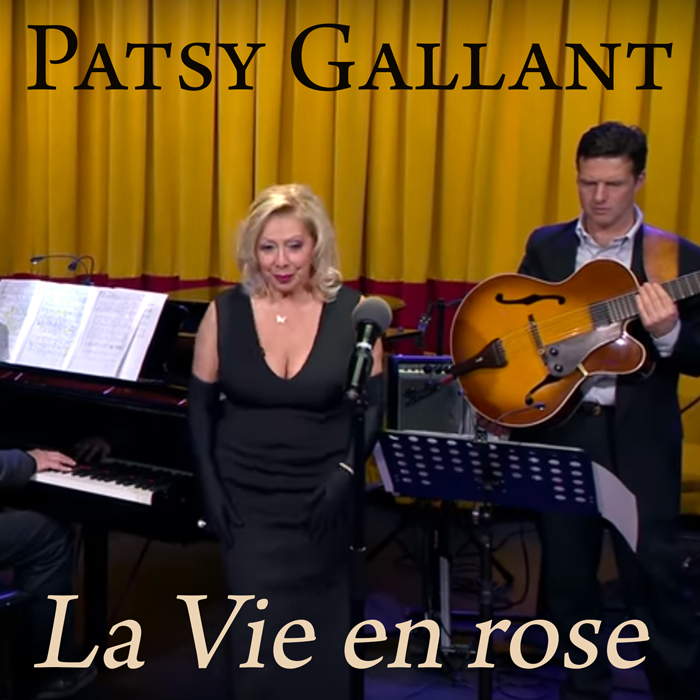