We're honored to present another live-performance edition of Mark's Song of the Week:

Bobby Troup was born one hundred years ago - on October 18th 1918 - and, by way of celebration of his centenary, here's his biggest hit - which has been performed by Nat "King" Cole, Chuck Berry, the Rolling Stones and a zillion others, and now by Tal Bachman live on the inaugural and sold-out Mark Steyn Club Cruise. Among other unexpected delights on the cruise, late one night in the Crow's Nest bar the great Michele Bachmann (no relation) joined Tal for an impromptu Bachman-Bachmann Overdrive medley of Tal's hit "She's So High" and his dad Randy's hit "Takin' Care of Business". But Tal is always sporting enough to take a few requests from Steyn and we think you'll enjoy his performance at the piano of a classic American song, introduced by Mark - and with bonus lyrics. To enjoy, simply click below:

We'll have further celebration of Bobby Troup, with more live performances, in the days ahead at SteynOnline.

There's more live music from Mark's shows over the years in his On the Town best-of-the-guests special with performances from Tal, Liza Minnelli, Paul Simon, Loudon Wainwright III, Everything But The Girl and many more. And there's more video entertainment from Steyn's Song of the Week below:

#317: Mark merries up "Have Yourself a Merry Little Christmas" 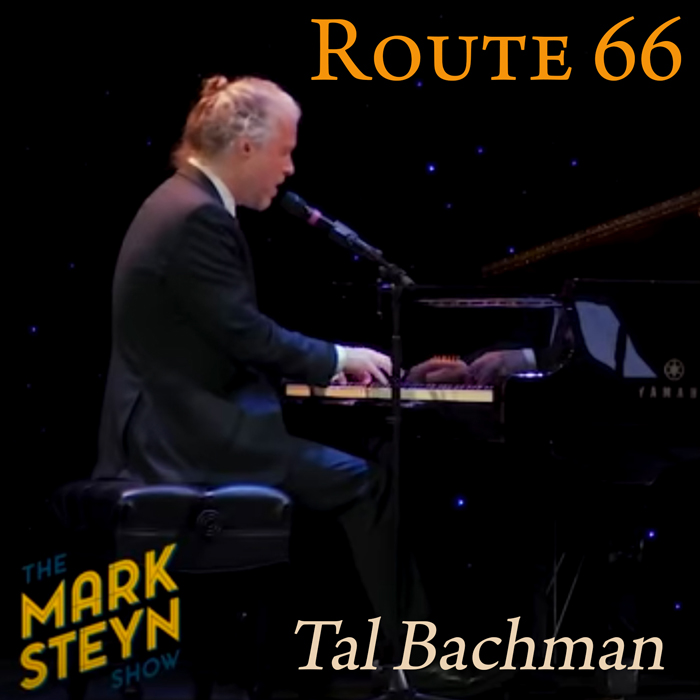