We're awash in music this weekend as our Mark Steyn Club second-birthday celebrations continue. Last night was spent with Elgar, Mahler, Brahms, Mussorgsky and other composers who've contributed to our Tales for Our Time. Today we're honored to present another live-performance edition of Steyn's Song of the Week, and with the irrepressible Peter Noone of Herman's Hermits.

A couple of weeks back I noted the death of a marvelous pop composer, Les Reed, and chose to memorialize him with an early hit for Tom Jones, "It's Not Unusual". But I mentioned en passant:

Les and Geoff [Stephens] went on to write many other songs, including their masterpiece, 'There's a Kind of Hush (All Over the World Tonight)', which Herman's Hermits made a monster hit all over the world now and forever. I love the melody Reed came up with, and maybe we'll do that for a Song of the Week in the weeks ahead.

After that initial hit version, everybody did "Kind of Hush": Engelbert, Johnny Mathis, Perry Como, Margaret Whiting, Trini Lopez, Percy Faith, Jo Stafford, Jim Nabors, Ray Conniff, our old friend Ed Ames of the Ames Brothers, Paul Mauriat (the "Love is Blue" fellow), Barry Manilow, and the Carpenters. But, whenever I think of this song, the version that plays in my head is that original hit record by Peter Noone and Herman's Hermits. So I sat down with Peter to talk about the song, its writers and producer, and the original recording session. Peter performs the song acoustically and then we catch him live on stage singing the song with a full complement of Hermits, as he does somewhere in the world every other night of the year. We think you'll appreciate these twin performances of a classic British Invasion pop song. To enjoy, simply click below:

If you get the chance to see Peter live, don't miss it: It's not just the music, but a lot of big laughs too, including some excellent musical gags.

Steyn's Song of the Week is made possible through the support of members of The Mark Steyn Club. On this second birthday, we're grateful to all the First Fortnight Founding Members who've decided to re-subscribe for a third season. Mark's fellow Torontonian Sarah writes:

Love the Song of the Week - Mark writes so evocatively and wittily about making music.

Thank you, Sarah - and we hope you enjoy our live performance Songs of the Week, too. Among the pleasures of Steyn Club membership is that you can enjoy our TV content in any medium you desire: video, audio or text. So, if you'd rather sample our Song of the Week in audio only, please log-in here. You can find more non-visual content from The Mark Steyn Show over in our Audio & Transcripts department. For more on The Mark Steyn Club, see here.

~There's more live music from Mark's shows over the years in his On the Town best-of-the-guests special with Andrew Lloyd Webber, Everything But The Girl, Paul Sorvino and many more, and in his previous best-of-the-guests special with performances from Liza Minnelli, Paul Simon, Loudon Wainwright III and likewise many more. And there's more video entertainment from Steyn's Song of the Week below:

#317: Mark merries up "Have Yourself a Merry Little Christmas" 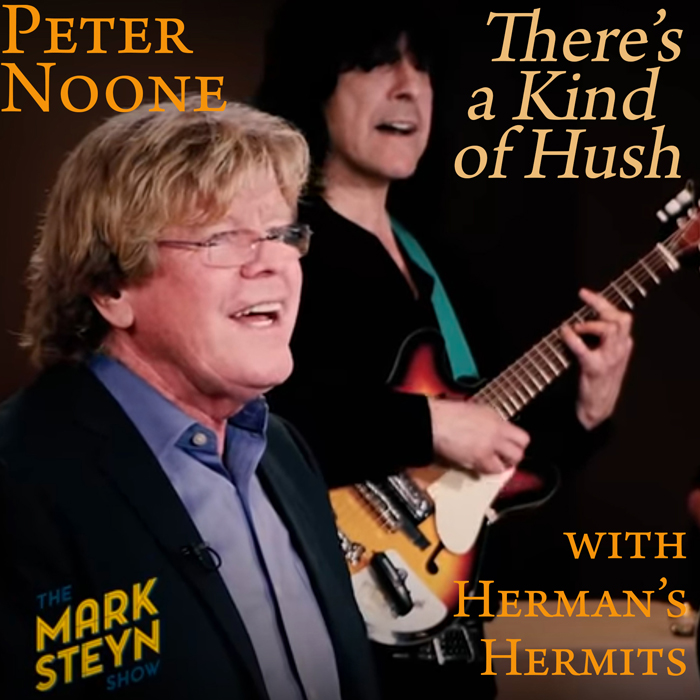